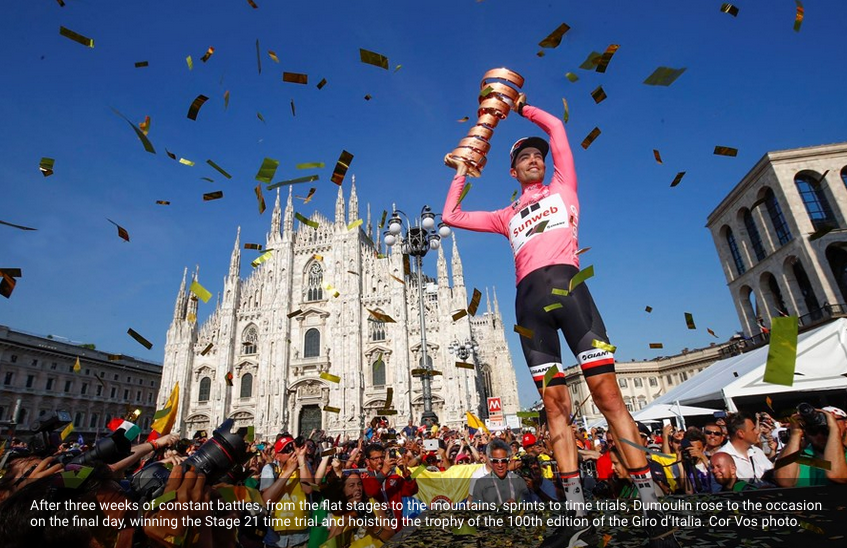 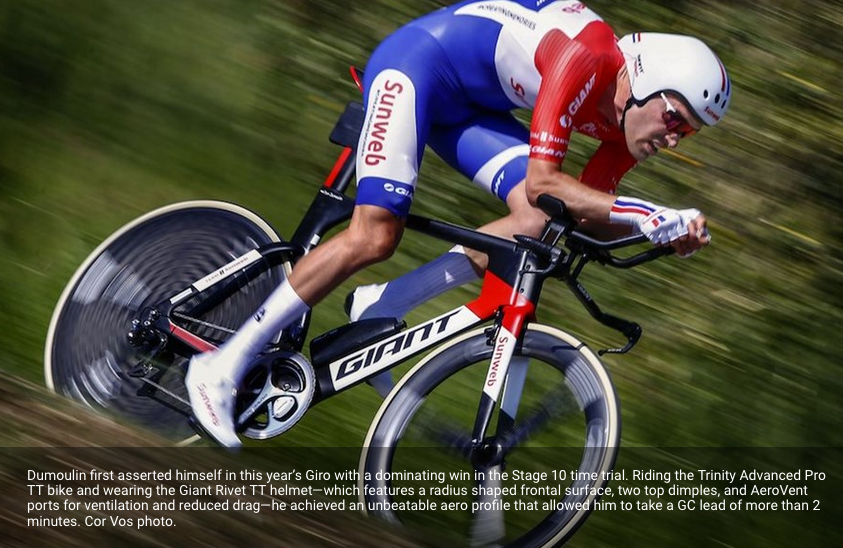 Team Sunweb rider Tom Dumoulin pulled off a thrilling win at the 100th Giro d’Italia Sunday, coming from behind on the final day to earn the biggest win of his career in Milan. The 26-year-old Dutchman was dominant in the Giro’s two decisive time trials, determined on the grueling mountain stages, and courageous in his ability to fight through adversity over the course of the three-week grand tour.

In the end, the race came down to a dramatic Stage 21 time trial in Milan, which Dumoulin won on his Trinity Advanced Pro TT bike. The victory also marked the first-ever grand tour win for both Dumoulin and Team Sunweb.

“It’s incredible,” Dumoulin said after finishing second in the final TT in Milan, jumping from fourth to first in the final general classification. “It was such a nerve-wracking day. I was super nervous from the beginning and I just needed to stay calm but I almost didn’t. I had good legs and just went for it.”

The 100th edition of the Giro d’Italia was full of drama for Dumoulin, his team, and cycling fans everywhere who watched the best stage racers in the world battle on Italy’s legendary roads and high mountain peaks. He wore the leader’s pink jersey longer than any other rider, from Stage 10 through Stage 19, surrendered it in the Dolomites a few days before the finish, then took it back on the final stage in Milan.